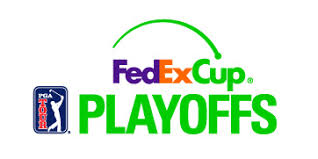 Jordan Spieth may not win one of the four Fed Ex Cup events this year, but he is the favorite to win the Fed Ex Cup for the second time, after his second straight runner up finish at the Dell Technologies Championship this past weekend. The winner of that tournament? None other than Spieth’s good friend, Justin Thomas.

Justin Thomas is no longer just an up and coming player that happens to vacation with Jordan Spieth and Ricky Fowler. No, Thomas is his own man, and has had arguably the best season of any player on the PGA Tour. With his win this past weekend, Thomas has now won five times on Tour this year, including his first major at the PGA Championship.

The rankings now have Spieth at #1, followed by Thomas at #2, Dustin Johnson at #3, Hideki Matsuyama at #4 and Jon Rahm at #5. Rickie Fowler, Marc Leishman, Paul Casey, Brooks Koepka and Pat Perez round out the top ten.

It is a star studded top 10, and with the exception of perhaps Lopez, I would not be surprised to see any of the top nine players win the Fed Ex Cup with a win next week at the BMW Championship at a familiar course at Conway Farms GC in Lake Forest, IL. With a win next week, any of the top ten players would position themselves to win the Fed Ex Cup, as there is a reseeding done just prior to the Tour Championship.

The rule has been that if you can get yourself inside the top five heading into the Tour Championship, you can win the Fed Ex Cup with a win at East Lake.  On one hand, Jordan Spieth may be the first player to win the Fed Ex Cup without actually winning an event in the post-season, as he has started out with two second place finishes, and should add at last one more top five to his resume this Fed Ex Cup. The uphill battle he will face will be making sure that Dustin Johnson and Justin Thomas don’t win another event, as they will inevitably pass him if they do.

I think you have to keep an eye on both Matsuyama and Rahm though too. Rahm has had a strong start to his post-season, finishing T3 at the Northern Trust and a T4 at the Dell Championship. With a win next week or at the Tour Championship, he could easily be crowned the Fed Ex Cup Champion, and pad his young, growing bank account with a cool 10 million.

Matsuyama has had his best year to date, winning four times, including two WGC events, as well as finishing the regular season with three other runner up finishes. He missed the cut at the Northern Trust which set him back a bit with a Johnson, Spieth finish and finished 23rd at the Dell, but he is not out of it just yet. He would need to finish with a top 3, and then a win at East Lake to have a legitimate chance to win, but he is more than capable of doing just that.

Outside of the top 5, it becomes much more difficult to see one of those players pass the studs in the top five to win the Fed Ex Crown. With that said,  Paul Casey did finish with a 5th place finish at the Northern Trust, and followed that up with a 4th place at the Dell Championship. Casey does not have a win on Tour this year, but he does have five top 5’s, eight top 10’s and 16 top 25 finishes this season. He has definitely squandered some chances to win, but he’s also had some of the breaks not go his way.  He is not the closer that any of the top five guys are, although he has a certain steadiness to his game that could give him the upper hand if the top guys come out firing against each other at East Lake. I could certainly envision a scenario where Spieth, Thomas and Johnson come out firing, make some mistakes and at the end of the day when the dust settles, Casey is sitting there ready to grab his first win.

Rickie Fowler and Brooks Koepka are another two names to watch out for. Both have won on the big stage and will not be afraid of the moment, especially because they both seem as though there is no real pressure in playing high pressure golf.  Koepka has impressed me with his ability to stay calm in the moment and execute high pressure shots with ease, and one could hardly forget Fowler’s finish at the Players Championship a year ago.

We still have two tournaments to go, but it is setting up to be an exciting finish at East Lake. The type of finish that the PGA Tour Suits imagined when they dreamt up the Fed Ex Cup. Regardless of who wins at East Lake, the fans will be the true winners this season.