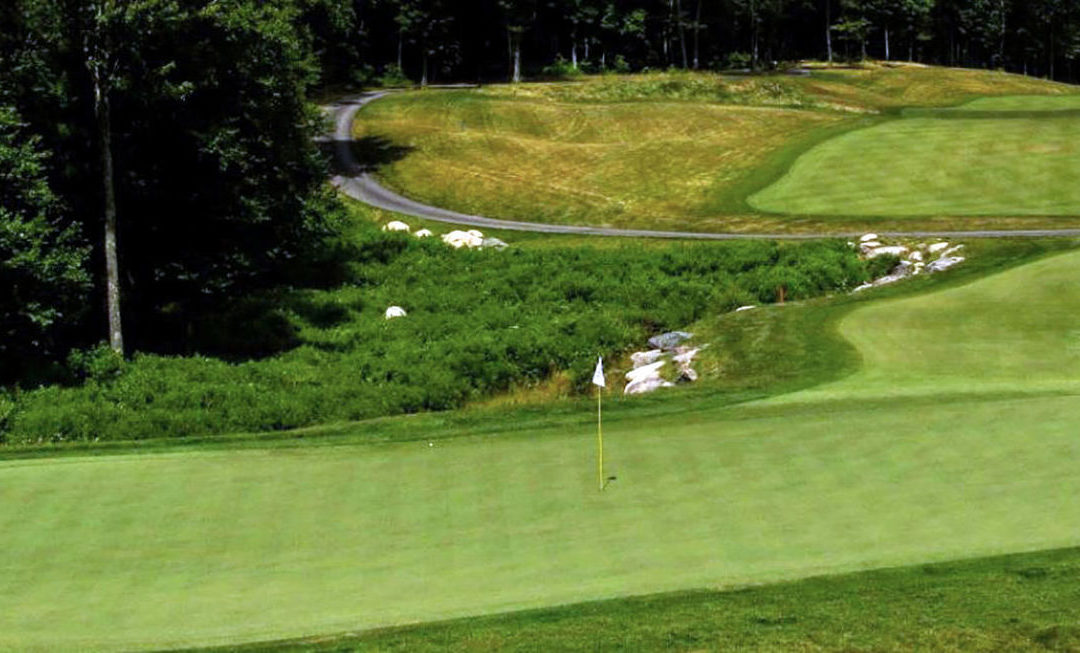 Course Architect:  The TPC Boston was built in 2002 by none other than the Legend himself, Arnold Palmer.  The course went through a redesign/renovation in 2006, with remodeling specialist Gil Hanse leading the project. Brad Faxon also worked with Hanse to give a players input as many TPC courses have had over the years. During the 2006 renovation, Hanse changed 16 of the 18 holes, which was fine at the time, however with TPC Boston appearing on the Fed Ex Cup schedule every year, the management at TPC wanted continuity. Hanse returned this past year to finish the last two holes, while putting his stamp on TPC Boston.

Course Stats:  TPC Boston is a par 72 and will be stretched to play a little over 7,200 yards this week. There are three par 5’s, eleven par 4’s and four par 3’s at The TPC Boston.  The par 5’s average 557 yards (542, 600, 530), the par 4’s average 430 yards and the par 3’s average 209 yards.  In other words, players are essentially tasked with (within a club or two) similar shots for either an eagle on the par 5’s or a birdie on the par 3’s.  The overall length of the course is on the short side of average for a PGA Tour venue, but players will hit more than their fair share of long irons this week.

Course Features: When Arnold Palmer originally created the TPC Boston, the course looked a lot like other TPC courses. Plush and well maintained with a mix of risk/reward holes that could either yield a 63 or a 78.  In many ways that was the problem though. PGA Tour officials wanted the course to take on a New England feel, so they tasked remodel specialist Gil Hanse to take on the challenge with help from Brad Faxon (a former PGA Tour player very familiar with TPC architectural goals).  In order to make the course experience “more-Boston”, Hanse and Faxon set out to bring an old school look and feel that represented some of the classic courses in the area like The Country Club. This was accomplished by adding seemingly random mounds to the fairways and re-grading the greens to add undulation that created more difficult pin locations.  The course layout really serves as the course’s main defense against par, which is something I truly appreciate.  There is no need to trick up the rough or roll the greens at 13 (They will be playing at 11.5 on the stimpmeter this week).  The course rewards great play and is constantly whispering in the player’s ear to try and do more so that they can keep pace with the scores around them.  In that sense it is a true throwback and plays right into the hands of a risk-reward design.  Another distinguishable feature added were grass bunkers, a design element that is very popular among courses in the North East.  Playing at only 7,200 yards, grass bunkers are much more penalizing than sand because once you put a wedge in the hand of a PGA Tour pro, traditional bunkers are nearly as good as lie in the fairway.