Taming a Tiger: Tiger Woods Drops Out of Top 1000 in OWGR 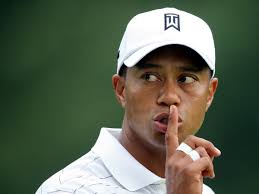 For the first time since Tiger Woods was an AMATEUR golfer, he has officially dropped out of the top 1000 players in the most recent Official World Golf Ranking. Prior to this drastic descent, the lowest Woods had ever been ranked was 730. This may not sound like an important event given Woods current problems in his persona life, but in the golf world it is huge. Why you ask? Well after watching Jordan Spieth win his first British Open, it is clear that Woods has finally become something of a relic in professional play.

For those of us who watched Tiger in his prime, there will never be another golfer like him. Spieth’s mental toughness and ability to overcome adversity is a Tiger like quality, but you have to remember that Tiger was physically brilliant in his prime. He was among the longest drivers of the golf ball, and although his iron play was inconsistent, he knew how to turn it on when it counted. That is in essence, the brilliance of Tiger Woods.

When I first heard that he had dropped out of the top 1000, I was initially shocked. My mind had somehow forgotten that it was 2017, and the last time we saw Tiger really playing competitive golf was 2014. The OWGR is heavily based on the tournaments in the last two years, so it should come as no surprise that Tiger would be falling fast in the rankings.  His only points earned were at his charity event, and the course was not one that would test professional golfers in a demanding way. Still, to think that Tiger was not among the top 1000 golfers in the world is baffling. This was the guy who won a US Open with a BROKEN LEG, making one of the greatest pressure putts of all time to push the US Open to a playoff against Rocco Mediate.

There were really only two professional athletes that seemed inhuman to me…Tiger Woods and Michael Jordan. Both were highly competitive and rubbed their peers the wrong way with their passion for the game. But it wasn’t just about the game they were playing, it was about winning. Jordan was a freakish athlete that proved he could have played professional baseball in his 30’s had he stuck with it.  Woods would not have been a professional in any other sport, but he might have been a Grand Master chess player or have several World Series of Poker bracelets. His ability to maintain focus through grueling physical and mental challenges was unmatched. I bring up Tiger not being a professional in other sports for a reason. He changed the game of golf, especially to my generation. I was a three sport athlete who had never picked up a golf club until I saw Tiger play. It went from a sport that old people play to being COOL. Think about that for a second. A guy who was not an “athlete” by definition, changed the perspective of a sport and made athletes want to play golf.  You think there was not a correlation between the younger generation taking to golf, and the prize pools of the PGA Tour increasing nearly 10 fold throughout Tigers professional career? Advertisers want to market to males aged 18-35, that is the prime demographic for sponsors to target. Tiger didn’t just win tournaments, he won over people who had never paid attention to the sport of golf before. How many current golfers would credit Tigers career with making them want to play at a highly competitive level? You can start with the man who just won an Open Championship in spectacular, Tiger-like fashion. Jordan Spieth. That is just the start though, the list would probably go on forever, especially at this current time.

Tiger’s professional resume may not ever match that of Jack Nicklaus if you use Majors to determine one’s standing in the sport of golf. However, even Jack, who had his own way of changing people’s minds about golf, will never match Tiger’s total influence on the sport. Despite the current state of Tiger’s game, and his personal problems leaking in the tabloids, it is important to remember how much influence he’s had on the game. The PGA Tour has never been stronger, both from a competitive standpoint and a financial standpoint. That is all because of Tiger, and in the end, that should be his lasting legacy.